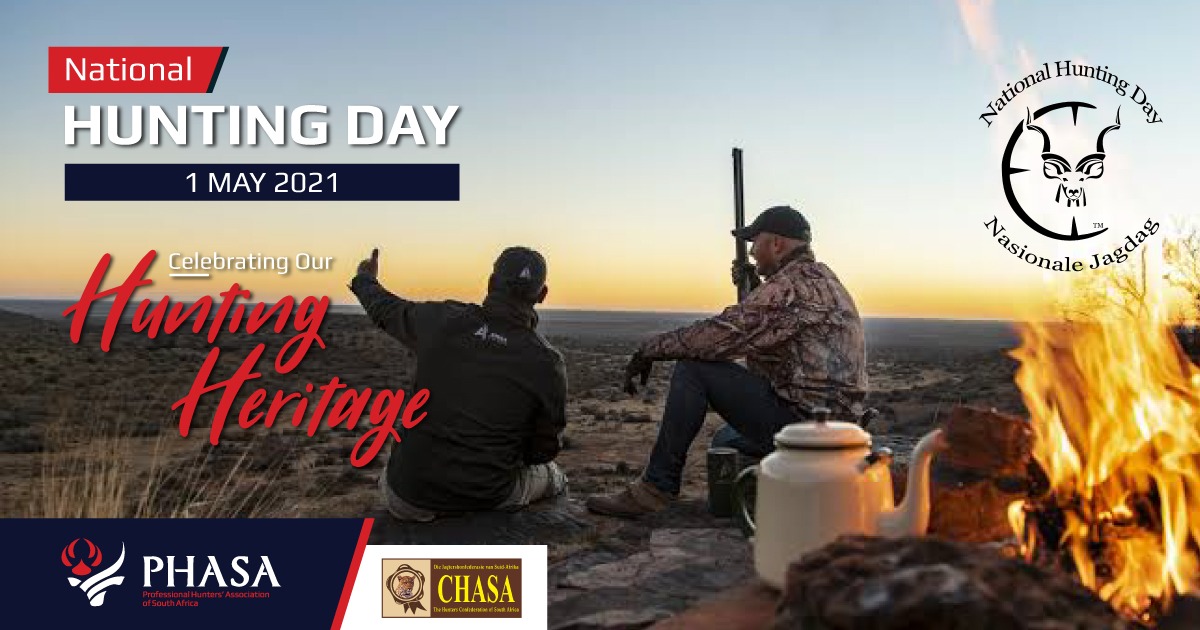 A great initiative by CHASA (Confederation of Hunting Associations of South Africa) led to the inauguration of a National Hunting Day for South Africa! This day will be celebrated annually on the first Saturday of May. Our first-ever National hunting Day celebrations will thus be on 1 May 2021.

The purpose of the day is to create a positive awareness about hunting and celebrate the spirit of
hunting. It is time for hunters to unite and celebrate our heritage!

Why do we hunt?
The hunting of wild animals is an emotive issue, drawing fire from anti-hunting organisations,
environmentalists as well as many ordinary citizens. But it also has its supporters, some of whom argue
that hunting is a valuable source of income and that it contributes to the conservation of wildlife, that
can be used to protect threatened species and be put to other good uses.

From our research, conducted in South Africa, we established that hunting contributes immensely to
economic development.

By our calculations trophy- and biltong-hunters contribute a combined R13.6 billion ($909 million) to the
South African economy in the 2017/2018 season. This is only the direct contribution. If one would like to
determine the economic impact of hunting one also needs to determine the indirect and induced impact.
For their part, biltong hunters spent on average R58 000 ($4 000) per season. When multiplied with the
number of frequent biltong hunters in South Africa (200 000), it totals R11.66 billion. What makes the
spending of hunters so important is that hunting mainly occurs in rural areas, which are in dire for
economic development.
Read full article here>>>